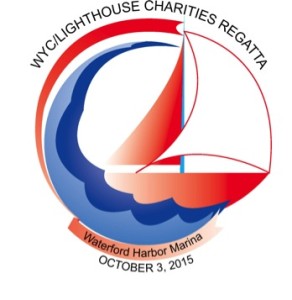 The Waterford Yacht Club Lighthouse Charity Regatta and Auction is the club’s biggest event of the year. In 2014, the club awarded the first WYC Lighthouse Charity Regatta trophy, known affectionately as “The Wheel”, and raised north of $25,000 for the Lighthouse Team Charity. This year the club plans to build on that success with an expanded regatta and larger post-race party and auction. It all happens on October 3rd and it’s all in support of a great charity, so make sure you put it on your calendar and plan on joining the fun. Here are some details. 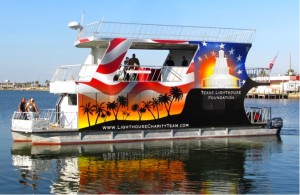 For the first time the regatta is open to competitors from other yacht clubs. Indeed, Fleet Captain Doug Catenaci and others have been out inviting (read: taunting) local yacht clubs to join the race. This means “The Wheel” is up for grabs and needs to be defended! The race is a challenge in that it is only three legs, which means there is little room for mistakes. Race time is 1:00pm, with trophies awarded at 6:00pm. For full details and information on entering, go to the Fleet Event page on our website. 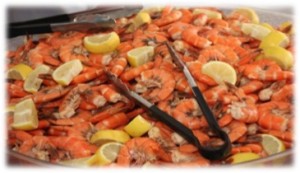 The race will be followed by a shrimp boil with all the fixin’s. The Lighthouse Team will do the cooking, so you know the food will be tasty and plentiful. Tickets are just $25/person or 5 tickets for $100. The tickets double as RAFFLE tickets with some fantastic prizes (check out this RAFFLE FLYER).  You can pre-purchase tickets at www.lighthousecharityteam.com. The venue is a big tent in front of docks 2 and 3 – you can’t miss it. The shrimp boil, raffle and auction are open to everyone, so bring your family and friends! The fun begins at 5:00pm and runs until 10:00pm.  Our own Dan Fuller will start spinning some tunes at 5pm, and a live band – LC Roots – will start at 8pm.

There will be a silent auction throughout the party, with lots of great stuff up for bid. Afterwards, there will be a live auction for some really big items. While all entrance fees go to the charity, the auction is where the bulk of the money is raised. It’s great fun, so don’t just bring your family and friends – bring your wallet, too!

The Lighthouse Charity Team, based in Galveston, is a 501(c)3 organization that supports charitable fund-raising efforts for Houston/Galveston area non-profits. Preparing and serving food for local charitable events, the Team has fed thousands of people in support of the many good causes and people in need. All proceeds from the regatta, party, and auctions go to this deserving charity. You can learn more at www.lighthousecharityteam.com.

What can you do?

In addition to attending the event and having fun bidding on great stuff, there are many ways club members can help make this event a success:

Volunteer! People are needed to staff the party, sell tickets, set up and break down the facility, and help with many other “jobs”. Contact Commodore Gary Garnett (281-748-8756) or Social Director Pedro Filipowsky (512-217-5089) and offer to lend a hand.

Donate! Perhaps you know a local business you can get to donate a product, service, or gift card for the auction. All donations are tax-deductible. Or you can buy the gift card and donate it yourself – still tax-deductible! Contact Mishelle Catenaci at 281-795-7874 if you want to help or arrange a donation. Remember, it’s all for a great cause!

Race in the Regatta! The more WYC boats racing, the better our chances of defending the trophy. And, the more boats in the race the greater the spectacle.

My goodness, was that food yummy. 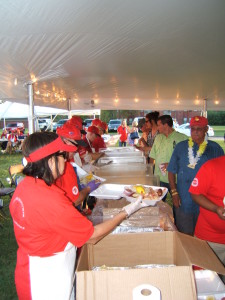 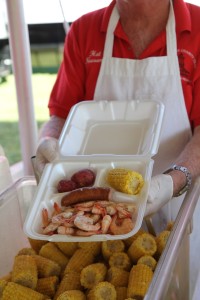 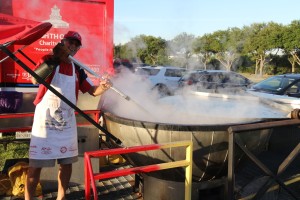 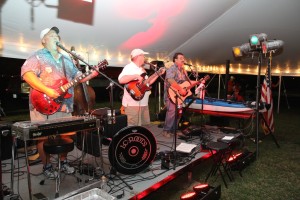 The Lighthouse Team cooked a wonderful shrimp boil after the regatta.  That measly $25 per ticket bought all the shrimp, sausage, corn, and potatoes you could eat, and they did not run out.  There was even beer with which to wash it all down!  There was plenty of seating under the tent, the silent auction was open, and our own Dan Fuller provided the house music.  After everyone had had time to eat at least one plateful, the regatta winners were recognized and trophies were awarded.  Then came the big raffle followed by the live auction and music by LC Roots.  The weather that wasn’t so great for the race was perfect for party, and things went long into the evening. It looked to me like everyone was having a great time, which after all is an important part of the plan. 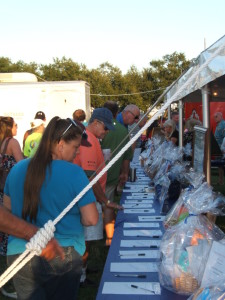 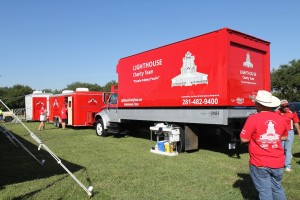 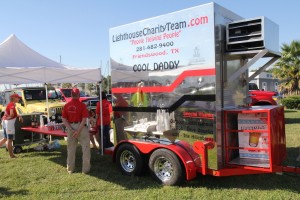 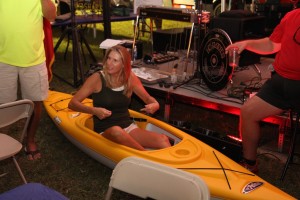 Something like 300 tickets were sold, and that money plus silent- and live-auction proceeds mean the club raised over $30,000 for the Lighthouse Charity.  That’s a 20% increase over last year’s regatta!  Of course, it couldn’t have happened without a lot of volunteering on the part of club members and Lighthouse.  And we thank heartily all the people and businesses who acted as sponsors and donated items for the auctions.  None of this happens without their support.  A complete list of sponsors and donors is posted on the website, so check it out and think about supporting them throughout the year.