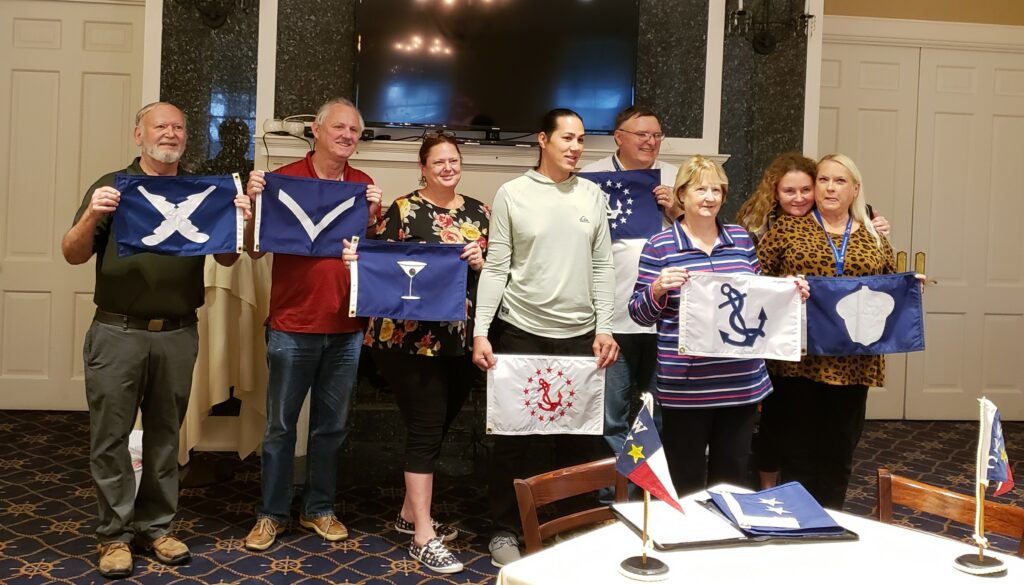 Both the 2019 & 2020 boards recognize and thank the general membership for their participation.  This is your club and the more you participate the better it will be

Yachting Club of America reciprocal courtesy cards – Some members paid their 2020 dues at the meeting and received their cards. The cards offer valuable discounts at other marinas and yacht clubs both locally and beyond Galveston Bay.  As an active member you are entitled to one please ask if yours is missing.

Soon after the meeting adjourned the Social Committee went into action at the nearby Opus Ocean Grill and arranged the decorations for the Commodore’s Ball. Restaurant employees commented that the banquet room lights and decorations were the best they’d ever seen. The Disco party theme was evident by the elaborate table and room decorations, but really showed as guests arrived later in the evening. Brightly colored clothes, platform shoes and disco dancing music ruled the night. 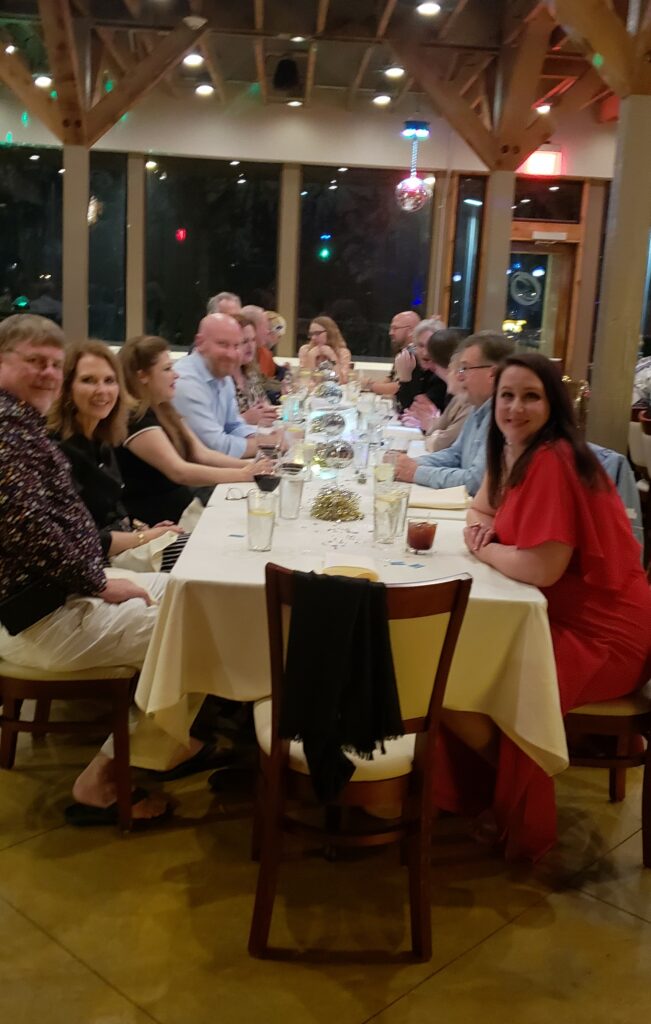 Whenever the music paused an award ceremony was held. The past Board of Directors were recognized with the traditional embroidered jackets for all the work done in 2019. Michelle Weidner was honored as 2019 Yachtsman of the Year for maintaining the WYC Facebook presence through the year. Vickie Voorhies presented a $50 Bootie Prize Award to Amy Holdway for collecting 11 of the 18 trinkets passed out at all 2019 events (great attendance Amy!) Vickie also conducted the raffle for the disco ball table decorations and lights. The 2019 Peanut Regatta award ceremony, which represents a year of friendly competition, was next. Past Vice Commodore Ellen Von London and Peter Larabee (2018 Yachtsman of the Year) passed out the handsome stylized sailboat trophies to the winners. 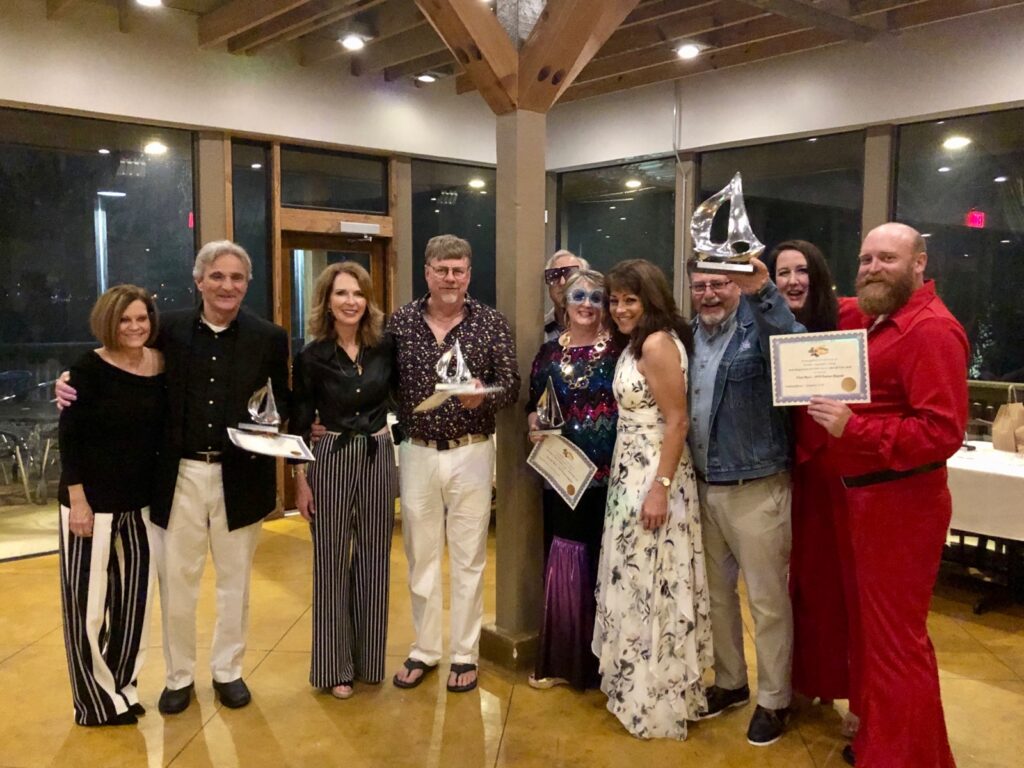 As if this wasn’t enough activity for one day an after party was held back at the Sundance Grill II. Some of the table decorations even made it into Sundance and were still at there a few days later.

A Happy Hour is scheduled for 6:30 Friday February 7th. As in previous months the HH format is to bring something for yourself and something to share with members.

The annual Yachty Gras parade is Saturday Feb 15th (non-WYC event).   Is it surprising that our marina yachts typically have the greatest participation in the event?  You can be among them, sign-up at the skippers meeting 10:00am Feb 15 at the nearby Elks lodge on Hanson Rd.

Later in the month around Rodeo time, specifically 5:00pm on Saturday February 22nd WYC will have its own BBQ. Look for the Evite to help with the event plans.

WYC is pleased to announce four new memberships in January.

As you move about the marina be sure to welcome them into WYC.  The beginning of the year is also a good time to renew your own membership too.

VOTE in the new WYC Board (more…)