More than thirty members wore their ugliest Hawaiian shirts to the Saturday June 22nd Sundance II dinner event. The evening festivities began with an easy to win straw hat ball toss, and then a Hawaii trivia quiz. The hardest question was Q: Which island has the big telescopes on it (see A: below)?  As the pictures nearby pictures show there were plenty of colorful tropical shirts and none of them ugly. Elaine Cowart dug deep into her closet, past the floral pattern shirts, and selected a coconut design which won by voice acclamation. Many thanks to Treasurer Vickie Voorhies and members who helped make this great party happen. 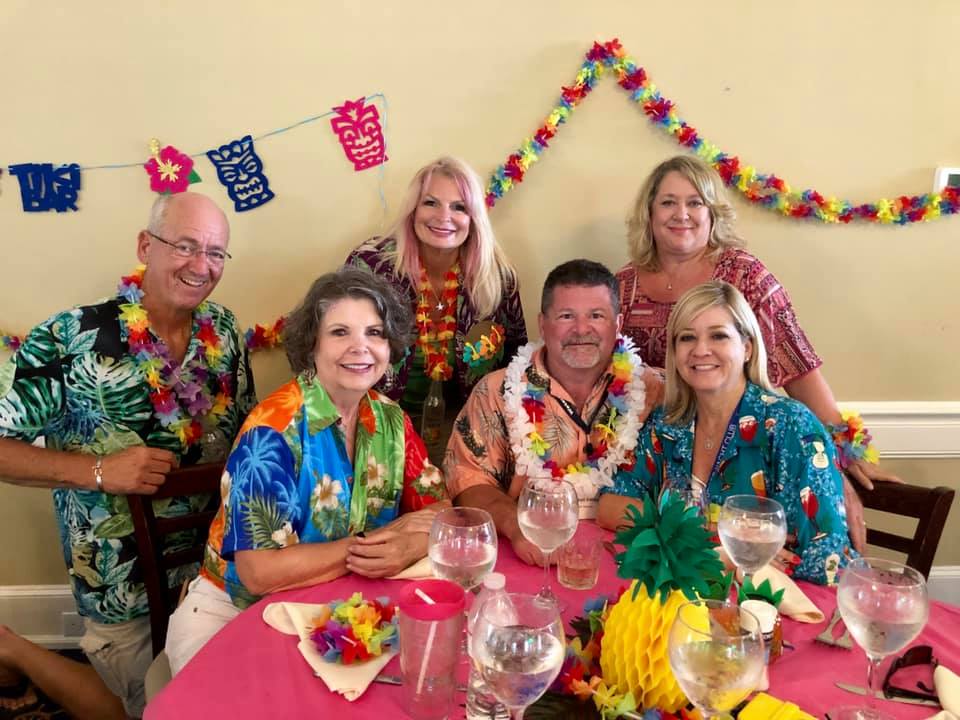 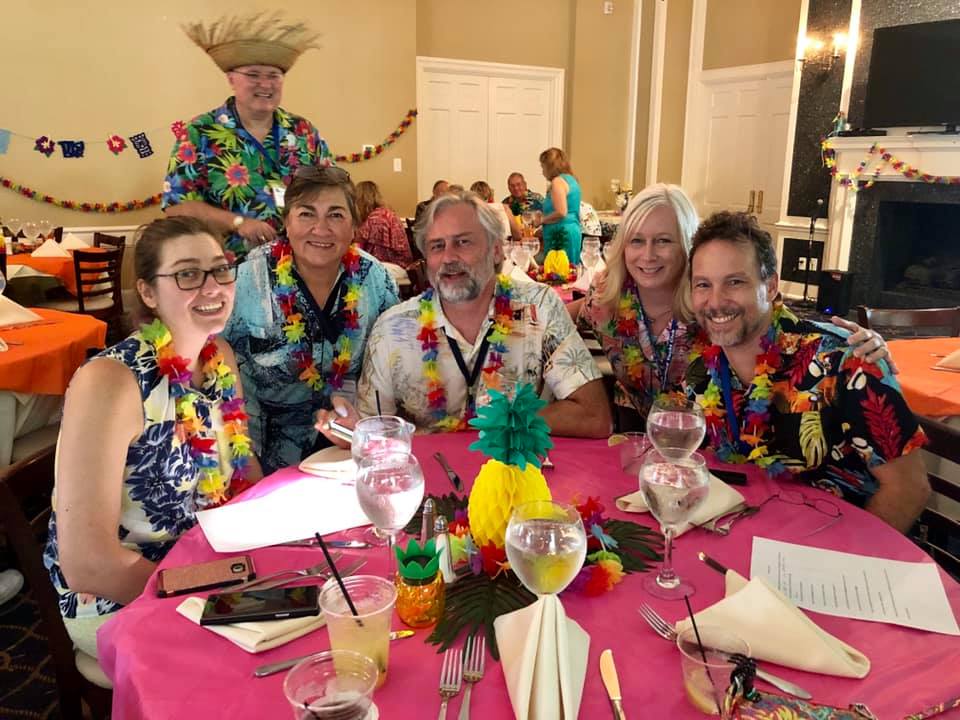 Also on June 22 WYC sponsored a visit to our local West Marine store where we learned about some of the latest, must have, electronic gadgets. The seven members in attendance were especially interested in the various chart plotters and software to bring location depth, speed, course and wind together in one display. The hand-held GPS devices, with chart graphics, looked very cool too. Thanks to Rear Commodore Jeff Peterson for arranging the clinic and next time you’re in West Marine ask for Barry Gannon!  Fun fact: your VHF transmission range is roughly one mile per watt.

Jeffrey & Gaye Mountain on board the sail boat Third Degree (pier 17 slip 25) have joined WYC.  Stop by and give them a welcoming “Hello”.

Try to include the Waterford Harbor Marina pool party and the Boardwalk fireworks display in your schedule.

On Sunday morning July 28 (9am:-noon) our social event will double the beverages to two offerings: Bloody Mary drinks and Mimosas!  The popular Sunday gathering is a casual way to begin the day or end the weekend boating activities. 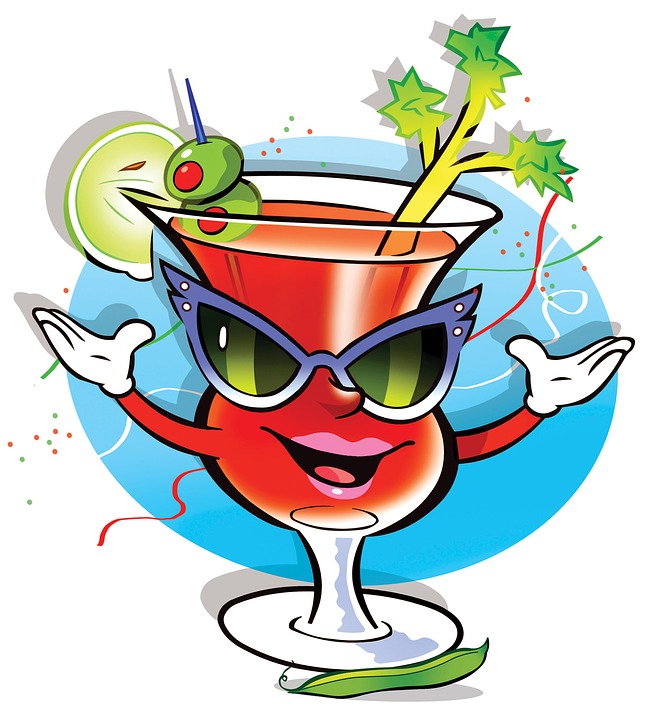 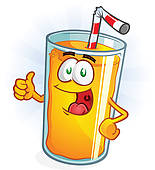 WYC will sponsor not just one but two charity fundraisers. The annual birthday bash on Saturday September 7th will include a fifty/fifty fund raiser for the Galveston Bay Foundation to help further their efforts to keep Clear Lake and the Bay environmentally healthy. Then on Saturday September 28 our annual regatta festivities will again support the Sailing Angels.